This article includes one museum for each autonomous community in Spain.

On the occasion of International Museum Day, 18 May, we bring you 19 museums that you should visit if you live in Spain, one for each community and autonomous region.

As stated by the International Council of Museums, International Museum Day is celebrated every year on 18 May. The reason is to raise awareness of the fact that museums are an important medium for cultural exchange.

Furthermore, they emphasise that museums are part of the enrichment of cultures, as well as necessary for the development of mutual understanding, cooperation and peace between peoples.

On the Saturday before or after the date, the so-called Night of the Museums, an original initiative in which thousands of cultural institutions around the world take part, is usually scheduled.

19 museums you must visit in Spain

Spain, as a multicultural country, has museums and cultural centres that explain the history of Spain.

The museum you cannot miss in Andalusia is the Picasso Museum in Malaga. Its exhibitions feature works by the famous painter Picasso, who was born in Malaga. The organisation has full control over the Museum’s Collection and holdings and owns the Buenavista Palace, the headquarters of the institution.

Aragon holds another of the important museums that collect the work of another Spanish artist: Goya. The Goya Museum in Fuendetodos houses the whole of his printed work, considered to be part of the “intimate diary” that the painter from Fuendetodos bequeathed to posterity.

General admission, which includes admission to the Museo del Grabado, Casa Natal and Sala Zuloaga, costs three euros and can be visited from Tuesday to Sunday from 11.00 to 14.00 and from 16.00 to 19.00.

Located at number 3 Zuloaga Street, a few metres from Goya’s Birthplace, is the Museum of Engraving, inaugurated in April 1989. The creation of this museum was made possible thanks to the generosity of painters who donated and auctioned their works to enable the acquisition of two collections of engravings.

The Museum of Mallorca, located in the Balearic Islands, was created in 1961 and houses collections from the former Provincial Museum of Fine Arts, the Marroig collection, the archaeological collections owned by the State, the funds deposited by the Societat Arqueològica Lulliana and the Prado Museum.

The Canarian Museum, which is located in the Canary Islands, arose from the idea of founding such an institution due to two circumstances: on the one hand, the interest that the so-called “Canarian antiquities” had awakened in the middle of the century.

If you visit Cantabria, you cannot miss the Altamira Caves. Declared a UNESCO World Heritage Site, this place preserves one of the most important pictorial and artistic cycles of prehistoric times. It forms part of the Altamira Cave complex and Palaeolithic cave art on the Cantabrian coast.

The Altamira National Museum and Research Centre can be visited from May to October: Tuesday to Saturday from 9:30 am to 8:00 pm, and Sundays and public holidays from 9:30 am to 3:00 pm.

The Alcazar of Toledo or Royal Alcazar of Toledo is a civil and military fortification, located in one of the highest parts of the Spanish city of Toledo. The building has been marked by different historical events (the War of the Spanish Succession, the War of Independence, the Spanish Civil War, etc.), suffering sieges, fires, etc. After its partial destruction during the Civil War, a laborious reconstruction began, which was not completed until the end of the 1970s.

It also houses the Regional Library, with more than 380,000 volumes, and collections of special value.

In addition to the aqueduct in Segovia and the Plaza Mayor in Salamanca, a visit to the Alcázar of Segovia is a must. A renowned tourist attraction dating from the early 12th century, it is one of the most famous medieval castles in the world and one of the most visited monuments in Spain.

The Dalí Theatre-Museum is considered to be Salvador Dalí’s last great work. It is the largest surrealist object in the world, occupying the building of the former Municipal Theatre, a 19th century construction destroyed at the end of the Civil War. It was on these ruins that Dalí decided to create his museum.

The different collections of the Fundació Gala-Salvador Dalí include works of art of all types: paintings, drawings, sculptures, engravings, installations, holograms, stereoscopes, photographs, etc. Of these, some 1,500 are on display at the Dalí Theatre-Museum in Figueres.

There are several museums to visit in the Spanish capital, but the Prado Museum is a must-see.

The minimum two-hour visit allows you to see works by great and renowned artists such as Velázquez, El Greco, Goya, Titian, Bosch and Rubens. In 2019, the museum celebrated its 200th anniversary.

The Prado Museum is one of the most important museums in the world. It is located at Calle Ruiz de Alarcón, number 23, and admission is free from Monday to Saturday between 18:00 and 20:00, and on Sundays and public holidays from 17:00 to 19:00.

Pamplona, in the province of Navarre, holds a great deal of history about the Spain of centuries ago. The Museum of Tudela represents this. At the end of the 20th century, it was decided to restore it to its former splendour and it was inaugurated on 26th June 2000.

In Valencia you must visit the City of Arts and Sciences. It is an architectural, cultural and entertainment complex designed by Santiago Calatrava containing three buildings:

– The Museu de les Ciències is a spectacular building, which houses motifs and interactive scientific exhibitions in which visitors can touch everything and become the protagonist of curious experiments.

– The Oceanogràfic brings together all the ecosystems of the world, with their animal and plant inhabitants.

In Ceuta we can find the museum of the Late Roman Basilica. The discovery of the Basilica and Necropolis of Ceuta is an important discovery as it is one of the few testimonies of Christianity and of basilica enclosures in the far west of North Africa.

If you need a little more of the Roman era, Mérida is home to the National Museum of Roman Art. The museum recreates the great late Roman buildings, such as the Baths of Diocletian in Rome or the mausoleum of Gordianus in Thessaloniki.

Located in the historic building of the Arsenal of Ferrol known as “Presidio de San Campio”. It is located within the “Centro Herrerías” complex of the Navy. The Museum has among its collections more than 2,650 catalogued records among pieces, sets and collections of historical, artistic and technical value related to the activity of the Navy, its close relationship with Ferrol and the naval and maritime history of Spain.

The Guggenheim Museum Bilbao is a contemporary art museum located in the Basque Country, in northern Spain. Opened in 1997, it has made an extraordinary contribution to the urban, economic and social regeneration of the city of Bilbao and its immediate surroundings.

Asturias can take visitors back to the time of the dinosaurs. The Jurassic Museum of Asturias. This is a permanent exhibition which, in the form of a large tridactyl dinosaur footprint, houses one of the most complete and didactic exhibitions in the world on these fascinating reptiles. It places special emphasis on the Mesozoic or Age of Dinosaurs and its three periods: Triassic, Jurassic and Cretaceous.

Admission costs between 4 and 8 euros.

In this autonomous Spanish city we can continue to travel back in time thanks to the Egyptian Museum of Melilla. Art, architectural pieces and objects from ancient Egypt make it a must-see if you are in Melilla.

To visit it you have to go to the website and make a reservation.

The Archaeological Museum of Murcia has 16 exhibition rooms with archaeological remains from different sites in the Region. On the ground floor are exhibited materials from Prehistoric times (from the Palaeolithic to the Bronze Age) and on the upper floor materials from the Ancient and Middle Ages (from the Iberians to the end of the Visigothic period).

An area known worldwide for its wine, La Rioja is divided by the Ebro River, which provides enough richness to its lands to produce delicious and varied wines.

The Aldeanueva de Ebro Wine Museum reflects this. It is the first Wine Museum in La Rioja Baja.

The Wine Museum consists of a series of didactic panels about wine, from the origins of wine in Aldeanueva to wine tasting, including the land, varieties, tools and implements, the grape harvest, winemaking and ageing and scientific research. 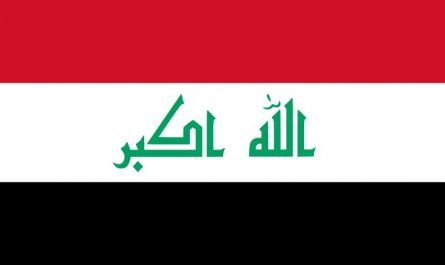 Residence permit for nationals of Irak 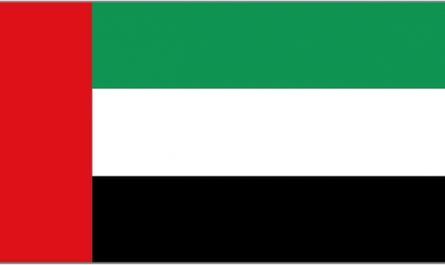 Interview with Slimani, customer from Morocco

Interview with Hicham, customer from Morocco